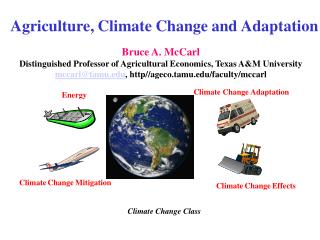 Background to the Climate Adaptation for Rural livelihoods and Agriculture (CARLA) Project - . background

The impact of climate change on agriculture - . but before that .. a bit about the greenhouse effect …. global warming.