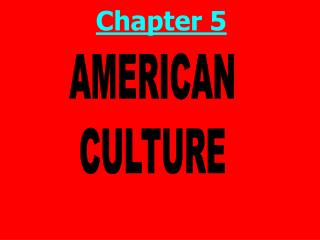 Chapter 5. AMERICAN CULTURE. American Culture PRISMs. Is American culture “exceptional”? Is the U.S. a Christian nation? Is America a self-sufficient nation? Is Social Darwinism good?. Do people have a right to personal happiness?