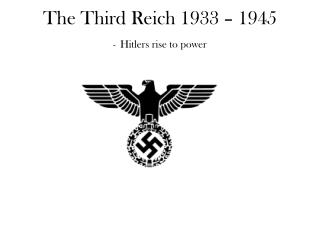 Healing by Killing: Medicine in the Third Reich - . part ii. eugenics: healing by killing in america and germany.

The Rise of Totalitarianism - . two ways to keep control. vocabulary to know. totalitarianism. a system of government