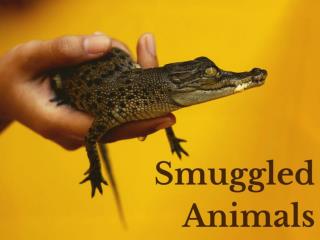 From cockatoos in water bottles to fish under a dress, some of the exotic animals that are illegally trafficked around the world. Horses purified by fire - In honor of saint anthony, patron of animals, revelers ride their horses through the village of

Thermoregulation in Ectotherms - . benny cheong 3i305. ectotherms. ectotherms are animals which regulate their body

Introduction to Zoology - . unit 1- mrs. stahl. zoology- what is it? . the study of animals of course!  extremely

Chordates - . chapter 23. phylum chordata. by the end of the cambrian period, 540 million years ago, an astonishing

Life Boot Camp - . 5.10a #3 compare the structures and functions of different species that help them live and survive