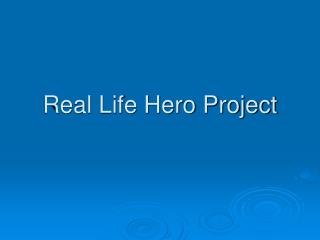 Personal Project ppt Presentation - . they live it we watch it campaign. our