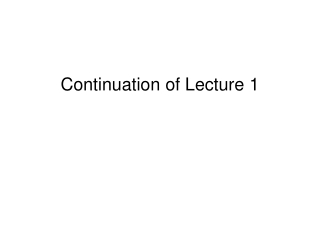 Continuation of Lecture 1. Corrections/Clarifications from Day 1. 1. Lin-Rood scheme stability comes about because it is equivalent to a Semi-Lagrangian scheme not using implicit differencing. (Thanks to Ravi for pointing this out).