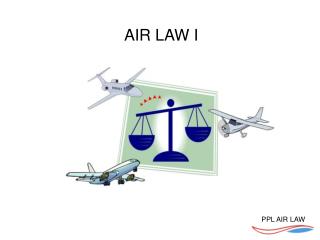 AIR LAW I. LECTURE ONE: ORIGINS AND RULES. 1. The History of Air Law. 2. Doc 7300 – the basis of all air law. 3. The UK Rules of the Air Regulations. 4. Visual and Instrument Meteorological Conditions. 5. Visual Flight Rules & Instrument Flight Rules. 6. Airspace Classification.

The Air I Breathe - . characters. happiness (forest whitaker). he is a bank employee. he accidentally overhears a sure

I. CONSUMER LAW - . 1. consumer = one who buys goods and services from a seller . 2. contract = legal agreement to pay

LAW I: CRIMINAL LAW - . trial procedures. steps in a criminal jury trial. introduction. a criminal trial is the

Law Enforcement I - . unit i early law enforcement. who guarded the cave?.

CONSTITUTIONAL LAW I - Commerce power today. under the commerce clause, congress can regulateuse of channels of