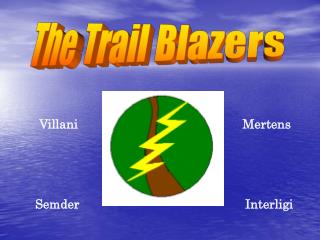 From Goods to Service(s): A Trail of Two Logics - . presentation for service the science seminar series, university of

The Prospector’s Trail - . by: cathy jewison. literary devices. foreshadowing: ‘“we’re living in a tent. this is