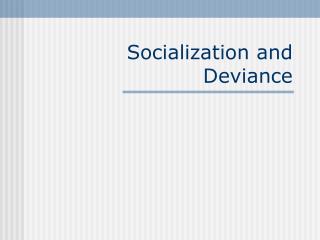 Socialization - . unit 3. learning goals:. understand the primary agents of socialization and why they are influential.

The Cognitive Dog - . class 8: temperament and puppy tests. agenda. papers next week finishing up from last week on

Normalization Of Deviance - . driving 100 mph illegal for all. borderline tolerated conditions of use. driving 75 mph –