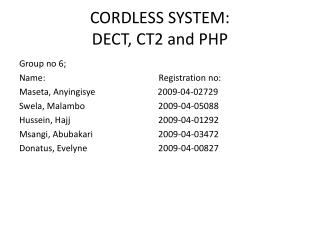 SMB Wireless Solution - . introduction to ml440 ip dect cordless. ml440 is the latest solution for mobility in the smb

Importance of Best Cordless Impact Wrench - Best cordless impact wrench is a tool which is run by battery. it is usually