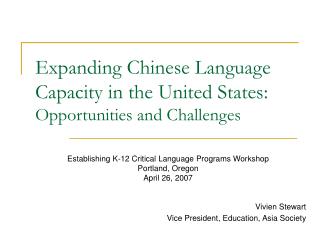 Chinese as a Second Language for the Second Generation of Chinese Americans (ABC) - . yiqiang wu, ph.d. the college of

Community-Based Forestry in the United States - . a report from the u.s. endowment for forestry &amp; communities.