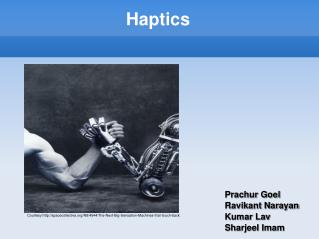 Haptics - . touch is the most intimate form of communication. keeping in touch. not being in touch with reality. a

Technical Committee on Haptics - . winner most active technical committee of the year ieee robotics and automation