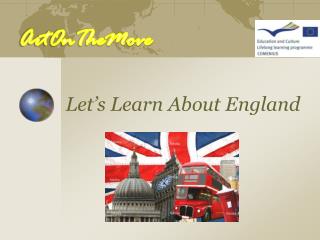 Teaching in England - . preparing your placement 2007 iufm de paris. your tasks. choose one of the following, do research

Do Now - . what do you think of when you hear the word success? what does it mean to you?. great expectations. background

Class 34 - . today we will: learn about inductors and inductance learn how to add inductors in series and parallel learn

Do Now - . what do you know about the victorian period in england? what images are called to mind when you hear the word

Chapter 3 - . all about motherboards. objectives. learn about the different types and features of motherboards learn how

My Ideal Job - . a teacher by: alejandra valerio. examples on how to be a teacher. teachers help little kids on how to

What will we learn today? 10.4.1 The rise of industrial economies and their link to imperialism. - Unit 4: imperialism.

Chapter Goals - . to learn how to choose appropriate classes for a given problem to understand the concept of cohesion to