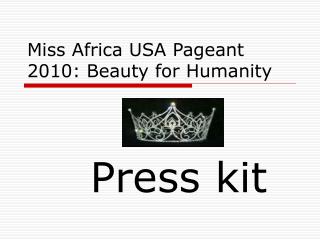 The Miss Navajo Pageant &amp; Navajo Culture - . what is a pageant? . answer this question in one – three sentences

Habitat For Humanity - . the (hfh) aka habitat for humanity was establish in the year of1976 ,in americus georgia by

Habitat for Humanity - . the goal of my charity is to help many people that were effected by storms. charity- when you