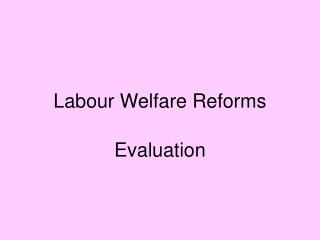 Reforms and Setbacks and Teddy Roosevelt and the Progressive Era - . why is an umbrella an appropriate metaphor for this

The Liberal Reforms: Why were they introduced? - . “merely a response to the threat of the labour party” how

Eyewitness Identification Evidence: Procedural Reforms - . presentation to the california commission for the fair