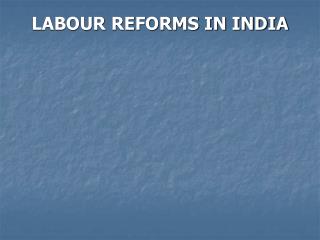 Labor Policy Reforms and Industrial Relations - . update on committee activities april 2010. p 75/day across the board

The Labour Welfare Reforms Essay - . content structure debate historiography. how effective were the social reforms of

Impact Assessment of Agri-Marketing Reforms in India - . by: national council of state agricultural marketing board

Issue 5 – Assessment of the Liberal reforms - . how successful were they?. past paper questions. 2012: to what extent