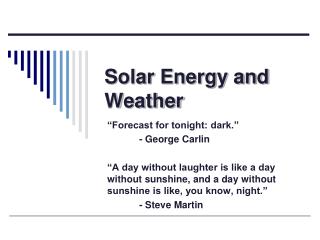 Solar energy and solar cooking - . module b1, session 8. learning objectives. at the end of this session students will be

Solar Energy and Wind - . chapter 13. earth’s energy budget. heat refers to thermal energy that is transferred from one