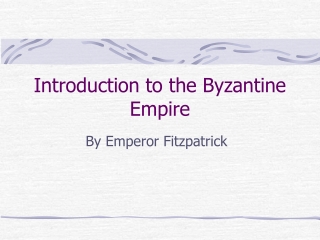 Introduction to the Byzantine Empire

Introduction to the Byzantine Empire