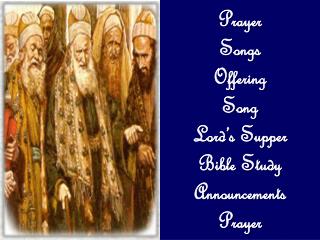 Moss Bluff B ible Church - . what is awana?. why a-w-a-n-a. awana. a christian program for boys and girls. awana is

The Power of Prayer - . p rayer is the key in the had of faith to unlock heaven’s storehouse. steps to christ pg. 94.

P rayer - . “prayer should have first priority in the christian’s life, because a full reception of god’s bountiful

The Lord's Prayer as a Jewish Prayer - . reading matthew