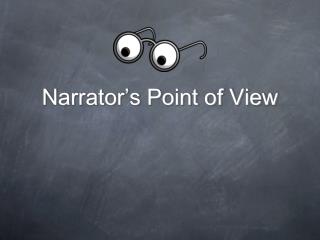 Polymorphism and Patents from A Chemist’s Point of View - . joel bernstein ben-gurion university of the negev diversity

Point of View pictures and Sumerian Vocab - . vocab for sumer. fertile crescent – area of land in asia that is shaped

Point, A Point, A Spot or Dot - . ray reminds me of the sun. angle, two rays, from just one point. line, has a long, long

The Drive-In Movies by Gary Soto - What is first-person point of view?. the narrator is a character in the story.. 2.

Freezing Point Depression - . boiling point elevation. melting point is the temperature at which the crystal structure of

Music - . jeopardy. choose a category. you will be given the answer. you must give the correct question. click to begin.