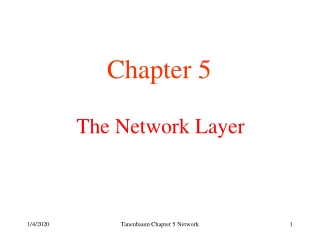 The Network Layer - . concerned with getting packets from the source all the way to the destination: routing through the

Network Layer and Routing - . the network layer. layer 3 on the osi reference model the layer at which routing occurs