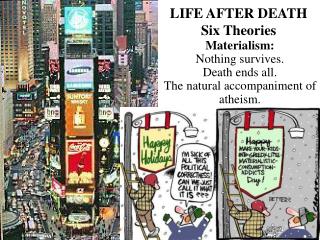 Good day to thee thou spongy rude-growing death-tokens! - . essay work on romeo and juliet…. today is a work day…

Ultimate Restoration Life After Life After Death - . there is a time coming when god will “restore” all things (acts

Dealing with Death - . worldview questions about death. who is already answered! what is death? when should death take