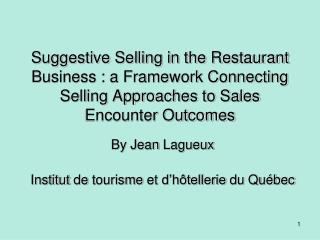 Chapter 7 - . “the road to revolution”. roots of the revolution. the american revolution began when the first

Situational Selling: Who Am I? Who Are They? - . situational selling. two keys to presentation success: adjusting our

Ch. 12: Business to Business Selling - . what is b2b selling?. creatively joining your company’s capabilities with your

Selling in a Service Culture: A Sales Mentality - . why are we here?. believing in hisc and that what we do makes an