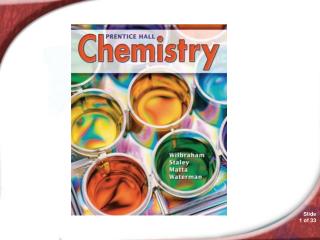 CHEMICAL REACTIONS - . vachs biology. do now:. what is a disaccharide? what macromolecule do amino acids make up?

13.1 Atomic Theory of Matter Based on analysis of chemical reactions Brownian motion - 1827 – first observed in pollen

13.1 Chemistry of Digestion: Carbohydrates - . digestion is the hydrolysis of food molecules to small molecules for

Chemical Quantities - . or how i learned to love the mole. conservation. what is the law of conservation of matter? in a

Chemical Reactions - . with ionic equation writing. 2 classifications. 1 . redox reaction there is a change in oxidation

Types of chemical reactions STUDY GUIDE V2.0 - . this work must be completed by friday 29th feb 2008. complete all