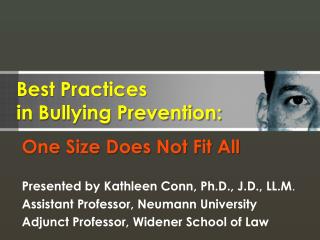 Bullying - . what is bullying?. &quot;a person is bullied when he or she is exposed, repeatedly and over time , to

Bye-Bye Bullfrog: A Psychoeducational Group for Students who are Bullies - . presented by: bailey n. wilson.

BULLYING - . lisa serrao. myth or fact ?. bullying is just a part of growing up. the effects of bullying on victims are