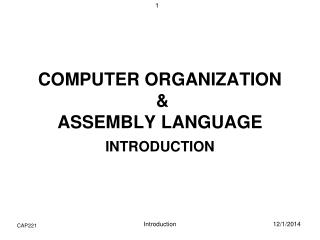 Assembly Language - . procedures. link library overview. a file containing procedures that have been compiled into