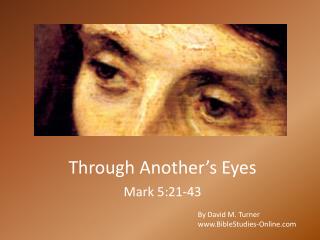 How to Study the Bible - . nehemiah 8:1-18. eusebius heard of one whose eyes were burned, but could recite the scriptures

Reading the Mind in the Eyes Test

Organizations Through the Eyes of a Project Manager - . chapter 9. quality. introduction. quality is never an accident;

PROTECT THE EYES FROM HARM - . prepared by: john robbins, ed drannbauer and carol j. lehtola, ph.d. the university of