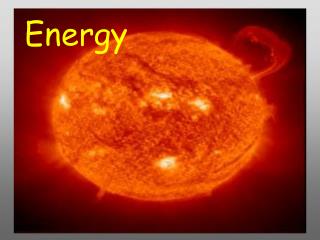 Energy. Energy is defined as the ability to do work. Work is causing a change that would not otherwise occur. Energy Forms. Kinetic energy = energy of motion Light energy = electromagnetic radiation energy that travels through space as waves Potential energy = stored energy