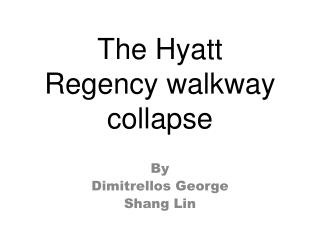 Hyatt Regency Walkway Collapse - . by jordan rodriguez period 3. before the disaster. construction of the hotel began in