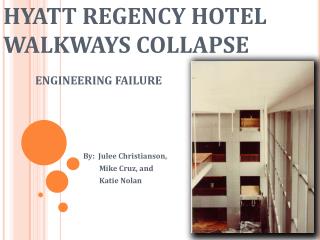 morbicity - “the collapse was neither an 'act of god' as the government claimed, nor a failure in management by dam

The Hyatt Regency walkway collapse - . by dimitrellos george shang lin. an introduction to a devastating structural