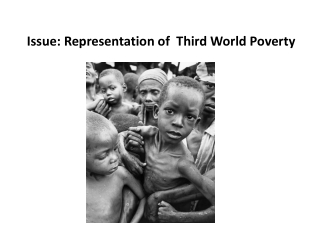 PP for AS media students Poverty - . one of the major factors is of course poverty, we live in a world where the rich seem to get richer and the

Poverty - . living simply. in what way is god calling you to simplify your life? for one week, choose to live more

Poverty - . lower socioeconomic status is associated with higher risk for many diseases including cardiovascular disease,

Poverty - . a poverty of resources, riches, and personhood. poverty. scv.03 identify the role of scripture in ethical and

Poverty - . questions to consider. what is poverty? what does it look like to be poor? why is there poverty? where is

Poverty - By: amanda case &amp; kirstin buchan what is poverty? poverty is when a person or community lacks the