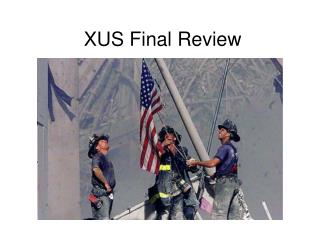 XUS Final Review. Team Quizzo. Betting Round included Do not shout out answers Scoring – the honors system When we go over answers, lets talk about them a bit and answer the age old question “why is this important” You may take notes by all means Study over the weekend!. Round 1. Final Honors Biology Exam Review 2014 - . warning!!!!!!. this is not a substitute for your own study notes. you are to do

Final Review - . conceptest 4.1a newton’s first law i. 1) there is a net force but the book has too much inertia 2)