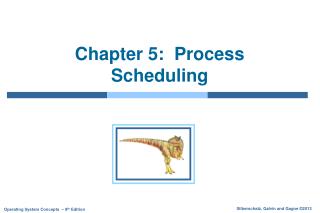 Processor Scheduling - . scheduling is the activity of selecting the next job / process / request to be handled by a

Process management - . what are we going to learn? processes : concept of processes, process scheduling, co-operating

Process Choice and Layout Decisions in Manufacturing and Services Chapter 7 - . chapter objectives. be able to: describe