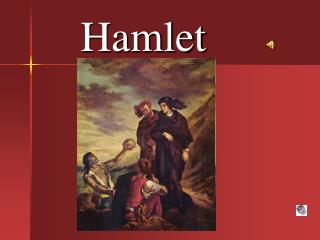 Hamlet. True or False. 1. If someone hurts one of your family members, you should hurt them back. Basic Plot. Hamlet is the son of the late king of Denmark (who dies two months before the play starts). After his father’s death, his Uncle Claudius becomes king and marries his mother, Gertrude