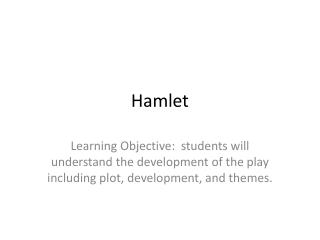 Hamlet . Learning Objective: students will understand the development of the play including plot, development, and themes. Act 1, Scene 1: Brief summary.