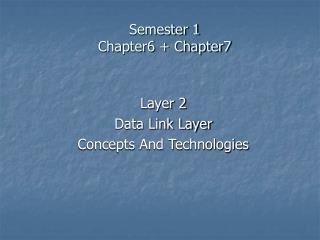 Chapter 7. 2. Antimetabolites ( 抗代谢药物 ) - An antimetabolite is a chemical with a similar structure to a

CHAPTER 7 - . logical fallacies. introduction. we encounter arguments all over the place, in books, advertisement, tv

Chapter 7 - . properties of expectation. outline. introduction expectation of sums of r. v. moments of the number of

Chapter 6 Section 3 Questions - . citizens’ rights are often difficult to interpret because the bill of rights

Chapter 6 Eigenvalues and Eigenvectors - . 6.1 definitions. definition 1: a nonzero vector x is an eigenvector (or

Chapter 7: Representation and Manipulation of Knowledge in Memory: Images and Propositions - . cognitive psychologists