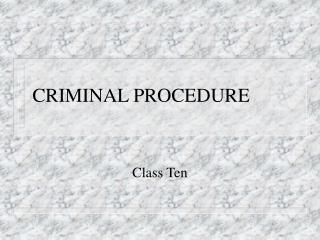 Chapter One Criminal Law and Criminal Punishment: An Overview - . joel samaha. chapter one: learning objectives. to

Substantive Criminal Law - . by felix romero. review- substantive law. “laws that define which behaviors will be