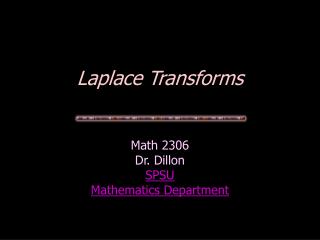 Solution of ODEs by Laplace Transforms - . procedure: take the l of both sides of the ode. rearrange the resulting