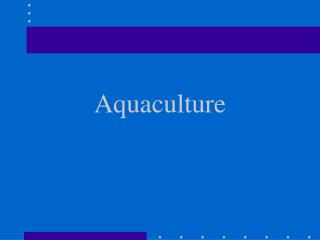 We Put Your Fish Bio-security at the Heart of our Technology… - . april 2012. bio security: the concern of