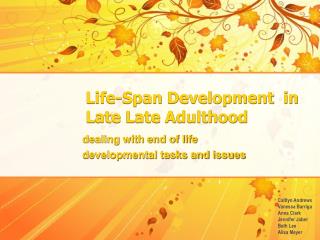 Late Adulthood - . 60 years and up. stereotypes of the aged. both negative and positive (generate examples) these

LATE ADULTHOOD - . growing old is not just about adding years to life, but also adding life to years. images of late