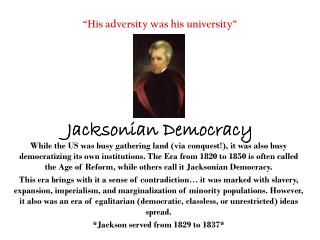 The Jacksonian Era - . vocabulary. suffrage – the right to vote majority – more than half nominating convention –