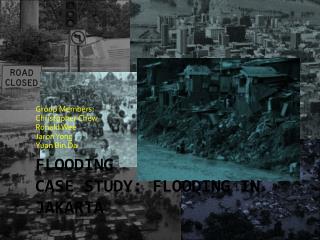 Flooding in San Jose - Thousands are forced from their homes as heavy rains bring major flooding to san jose,

Flooding in Bangladesh - Assessment task: you are a photo editor for a news organisation who is putting together a