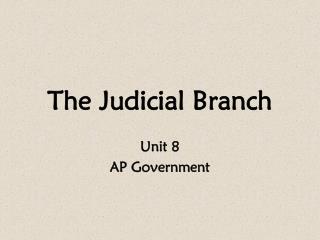 10 – 5 Hyperbolas - . hyperbola. hyperbolas. has two smooth branches the turning point of each branch is the vertex

1.2 Security - . computer security is a branch of technology known as information security, it is applied to computers

1.5 Graph Theory - . graph theory. the branch of mathematics in which graphs and networks are used to solve problems.

The Judicial Branch - . the role of the judicial branch. to interpret and define law this involves hearing individual

The Judicial Branch - . basic terminology. judicial: relating to laws and courts trial: a legal examination in which the