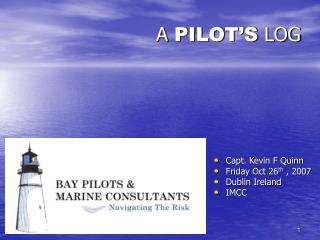 Pilot Plant Scale-up of Injectables and Liquid Orals - . “make your mistakes on a small scale and our profits on a

WINGS - . pilot proficiency program. objectives. the philosophy the target audience the goal the requirements the

FLIGHT TRAINING DOCTRINE: THE FOUNDATION OF PILOT TRAINING REFORM - . elements of the pilot training system. the