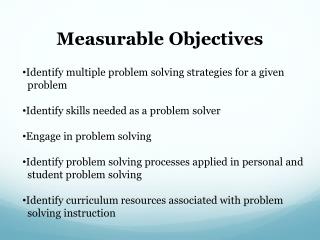 CHAPTER 8 - . faults and faulting dr. masdouq al-taj. faults. a fault is any surface or zone in the earth across which

How to write: measurable behavioral objectives (MBO s ) - . basic information on the essential elements of a measurable

It is an integral part of the annual regularity audit process, confirming – - What is an audit of predetermined

Beyond Access: Self-Advocacy is a Measurable DS Outcome (That You Need)! - . presented by: mikael snitker-magin , phd,