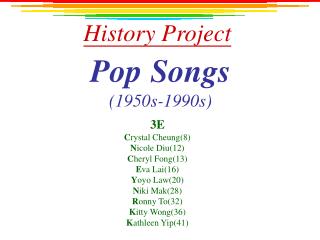 American History Project - . ayanna lyncook. the first americans came from asia. these are the people we know as native

Local History Project The Grange Movement and Its Impact on American Communities - . jennifer matyasovsky. rally round

LIVING HISTORY PROJECT - . 1 st quarter = create a timeline that will range from the birth of someone two generations ago