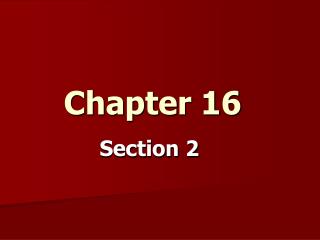 Chapter 16 Energy and Chemical Change - . nature of energy. energy – the ability to do work or produce heat kinetic

Chapter 16 Information Technology in a Supply Chain - . role of it in a supply chain. information is the driver that

CHAPTER 16 Physical Readiness STUDY GUIDE FOR CHAPTER 16 LESSON 1 Fatigue and Driving - A. for each sentence below,