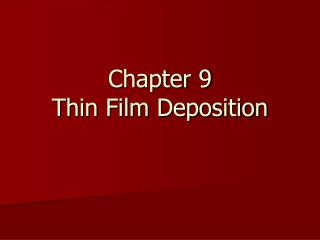 THIN FILM DEPOSITION – Chapter 9 Introduction - . • many films, made of many different materials are deposited during

Thin Film Deposition Processes - . usually source materials are transported to a substrate in the gas phase