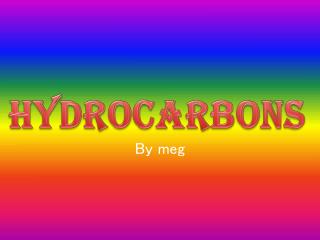 hydrocarbons. By meg. definition. Hydrocarbons are a compound of hydrogen and carbon, such as any of those which are the chief components of petroleum and natural gas. What are hydrocarbons used for?.