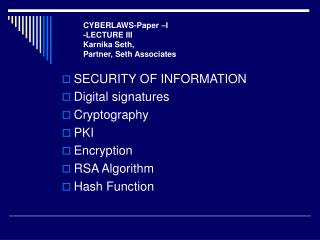 RSA Encryption - . caitlin o’dwyer. what is an rsa number?. an rsa number n is a number s.t. n=pq where p and q are

Encryption, Cryptography and Network Security - . cyber security . what is encryption?. a process that converts original